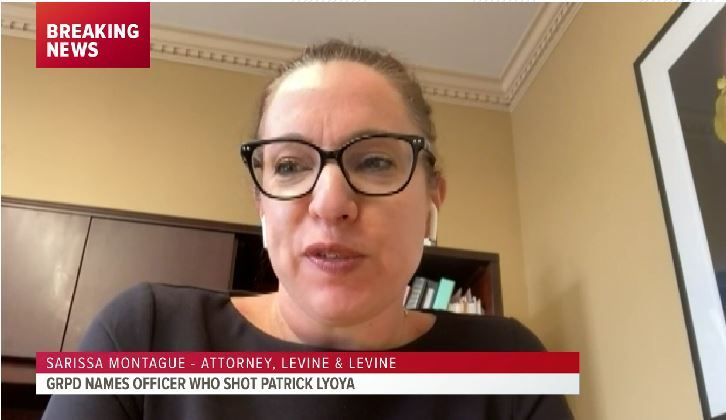 On Monday, April 25, community leaders expressed mixed feelings following Grand Rapids Police Department’s release of the identity of the officer who shot Patrick Lyoya on April 4, leading to his death.

Lyoya was killed Monday, April 4, during a traffic stop near the intersection of Griggs Street and Nelson Avenue SE in Grand Rapids. On Monday, April 25, GRPD released the identity of the officer who shot Lyoya during the altercation as Christopher Schurr. GRPD Chief Eric Winstrom initially said he was withholding the officer’s name until the investigation is complete and turned over to the Kent County Prosecutor’s Office. On Monday, Winstrom said he released Schurr's name in the interest of transparency, "to reduce on-going speculation and to avoid any further confusion."

In an interview with WZZM 13, Levine & Levine Criminal Defense Attorney Sarissa Montague said that names are often unreleased unless charges are filed, and that waiting to release Schurr's name does not necessarily reflect positively or negatively on GRPD. She said now that the officer has been identified, "it's time to move forward."

Montague explained that when it comes to releasing names in high-profile cases, safety is a concern. She said identifying Schurr could pose a danger to him.

“I think it's very difficult to be able to say whether it's good or it's bad, whether it was how it should have been or how it shouldn't have been," Montague said during her interview with WZZM 13. "The fact is that this is a very sensitive issue. There are a lot of concerns to keep in mind from safety perspectives. And I think it's up to the people in charge to figure out what is the best route in order to, you know, to keep people safe as things move forward.”

Several local leaders expressed a different viewpoint – saying the release of the officer's name is a step in the right direction, although later than many would have liked.

Schurr joined GRPD in 2015. He remains on administrative leave and has been stripped of his police powers until the conclusion of the Michigan State Police investigation into potential criminal charges.