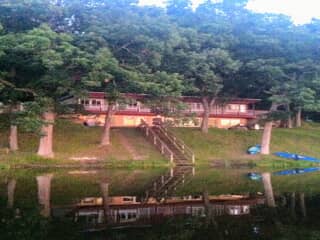 Randall Levine, managing partner of Levine & Levine Attorneys At Law, told WKZO’s Kalamazoo Mornings With Ken Lanphear that the land battle between the Talanda/Johnson families and Kalamazoo County Board of Commissioners is a David and Goliath story.

“This is a story about folks who have resolve, who are hard-working, blue-collar people who invested their savings paying taxes and accumulating a nest egg that they can live on in retirement, which they’re now being force to spend today to defend, in an effort by the county – which hardly seems worth it in this time of pandemic,” Levine said during his April 8 live interview on WKZO. “This is a true David and Goliath story, and David will prevail.”

The families own a slice of land in the northeast corner of the county’s Prairie View Park, which has been in their families for over 70 years, long before the park existed.

“They have paid taxes for many years on a small little slice of property that’s at the very far north end of the park,” Levine said. “They were there first. They were there before the county.”

“Then about five years or so ago, Kalamazoo County decided they wanted to take the property from these families,” Levine said. “And with all due respect to the county and the county commissioners, they’ve basically acted like a bully.

“The county first attempted to lock the families out. A Circuit Court judge had to order them to give back the keys,” Levine explained. “Then the county tried to go into closed session and pass a condemnation statute; and the court said you have to give these folks an opportunity to be heard, which they hadn’t done. And the court found out they violated the Open Meetings Act and the resolution was quashed.

“At that time, there was a pending lawsuit that, in part, was based upon the claim the county continues to assert even today that this old 1963 agreement gives them some right to take these folks’ property, which is an absurd contention, but one that they have maintained. The lawsuit was dismissed with the understanding that the parties would sit down, like good neighbors do, and resolve the dispute. We’ve tried and tried and tried for five years to sit down with the county. And despite the promise that they made to do so, they have refused to do that. And they haven’t acted in good faith.

“This family’s outraged and they’re not going to be bullied,” said Levine.

Levine explained that this is an example of a government that’s run amok.

“It’s government at its worst because elected representatives, the county commissioners, have forgotten who their constituents are, who they represent – the people, the citizens of Kalamazoo,” he said. “The county commissioners have decided to spend our taxpayer dollars in trying to grab this piece of property from its rightful owners when these folks have a constitutional right not to have their property taken without due process and without paying fair market value.”

While Levine could not elaborate on the legalities of the 1963 agreement due to the current pending lawsuit between the county and the families, he believes the people of Kalamazoo County deserve to be informed on what the Kalamazoo County Board of Commissioners is doing with their taxpayer dollars.

“The taxpayers of Kalamazoo County don’t deserve to have their money squandered on a petty litigation like this,” Levine said. “There are a lot of things that could be done with this money. There are needs way beyond the needs that the county claims exist to justify this kind of expenditure. It’s just a real shame.”

An upcoming court hearing between the families and Kalamazoo County is scheduled for Friday, April 23.