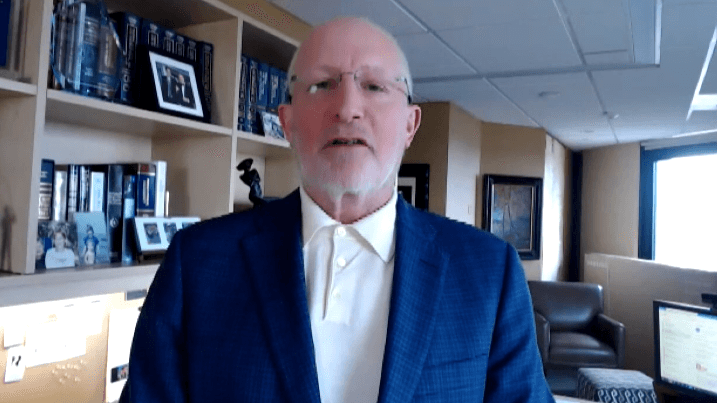 The federal trial of four men facing charges for the alleged 2020 conspiracy plot to kidnap and kill Michigan Governor Gretchen Whitmer in retaliation for her COVID-19 restrictions during the early months of the pandemic began this week in Grand Rapids. Levine & Levine Criminal Defense Attorneys Randall Levine and Anastase Markou, who are not involved in the case, analyze how government cooperation deals could influence either side of the case, and the process of selecting a jury in a high-profile case featured in the media, such as the Whitmer kidnapping plot, that will remain fair and impartial.

The men accused are Adam Fox, Brandon Caserta, Barry Croft Junior and Daniel Harris. They are expected to argue that there was no conspiracy to kidnap and kill Whitmer, claiming anything potentially criminal they were involved with was because they were entrapped into it by undercover federal agents, media has reported.

While prosecutors deny claims that their people on the ground acted beyond their legal scope, two co-defendants have entered plea deals. As part of those deals, they'll act as the prosecutor's star witnesses, according to media reports.

In a special report the day before jury selection began in the case, FOX 17 broke down the full case and shared previous interviews with Markou about the entrapment defense.

“Now the government has somebody who was on the inside who was not working for the government prior to the charges,” Markou previously told FOX 17, which also aired during the special report on March 7. “In federal prosecutions involving conspiracies of any kind, one thing that does happen is that certain people are essentially offered cooperation deals and that can sometimes strongly support the government’s case. Other times those cooperation deals just point out that this whole entire case is built on the government creating essentially a false narrative or false crime.”

When jury selection began Tuesday morning, March 8, federal prosecutors and defense attorneys asked potential jurors about topics that would impact their impartiality, including their thoughts on guns, militias, political views and whether or not they've already formed an opinion on the high-profile case or if they have family members in law enforcement, WZZM reported.

"The judge ultimately is the one to determine whether or not a juror is impartial, but lawyers can always challenge a juror for cause if it appears based on the questioning on that for one reason or another they simply can't be fair to either the government or the defense," Levine told WZZM during an interview on March 8, noting federal prosecutors might try to get jurors who are concerned about fringe groups.

"The defense, on the other hand, may be looking for jurors who don't believe the government ought to be in the business of creating crime and who aren't necessarily afraid of people who associate and bear arms and consider that to be a constitutional right," Levine added.

After nearly nine hours of questioning on March 8, a jury of 11 women and seven men were selected to serve as jurors, with 12 who will decide the case and six alternates. More than 40 people were dismissed from the jury pool during the selection process.

Opening statements for the case began Wednesday March 9. The trial is expected to last four-to-six weeks.