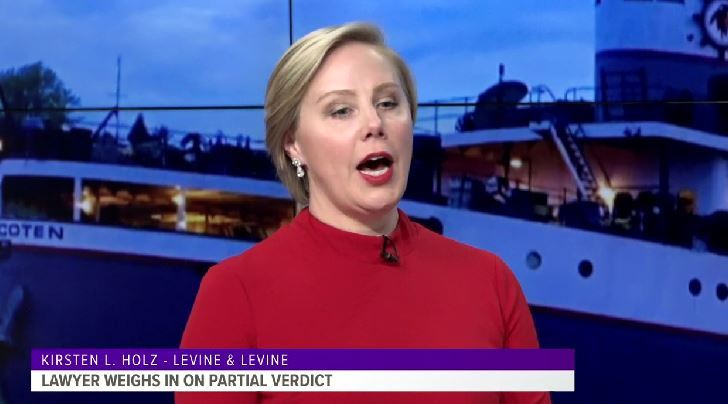 Following the federal jury verdict in the plot to kidnap Michigan Gov. Gretchen Whitmer on Friday, April 8, Criminal Defense Attorney Kirsten Holz met with WZZM 13 for a special report about the case. During the live in-studio interview, Holz said she was surprised that the federal government lost a case of this magnitude, but was not shocked by the outcome.

The jury found two of the men accused not guilty of kidnapping conspiracy, and a mistrial was declared for the two other defendants.

“I wasn't surprised because I thought that the defense attorneys did a fabulous job,” Holz said during her interview with WZZM.

Prior to the start of the trial, Holz said she expected a mistrial in this case.

“I don't like to be right, because I know that doesn't bring closure for everybody involved,” she said. “But that's what I kind of predicted.”

Holz explained that as jury deliberations continued further into last week, the defense was in a better position to win.

For the two defendants who received mistrials, Holz strongly believes charges will be refiled.

“I would anticipate it would be happening fairly soon – within the next couple of weeks,” she told WZZM. “They could face additional charges on a state level. They could federally – on different charges. We’ll have to wait and see.”

Additionally, WZZM 13 news anchors, Juliet Dragos and Kirk Montgomery, inquired about the government’s entrapment case and the behind-the-scenes of a jury room.

“Entrapment is a fairly new legal concept, becoming more well-known in the 1980s,” Holz explained to Dragos and Montgomery. “It is difficult for defendants to prevail on an entrapment defense. However, in this case, Judge (Robert) Jonker ultimately decided to instruct the jury on entrapment, which made it more difficult for the government to achieve a guilty verdict.”

Holz shared that attorneys are only allowed to speak to jurors after a trial has concluded.

“In this case, jurors were not allowed to be questioned by any of the attorneys,” she said during her interview. “That’s the most helpful way to find out what a juror is thinking about a case or how they felt about a certain witness. But the length of these deliberations tells us that these jurors spent a really long time analyzing the evidence and the length of deliberations was the best tool to tell us that it might be a not guilty verdict.”

Dragos and Montgomery asked Holz when a jury might be sequestered.

“It’s very unusual for a jury to be sequestered,” Holz told them. “It’s very hard on jurors to be away from their family and loved ones. Judges really only try to sequester jurors if the press and media attention is so intense that it would alter their opinions or if it would put them in danger. It’s very rare.”