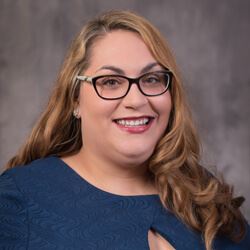 KALAMAZOO, MICH. – Jan. 14, 2019 – Last week’s joint announcement from Jeff and MacKenzie Bezos on Twitter that the two plan to divorce after 25 years of marriage has left many business experts wondering, what is going to happen to Amazon?

If reports that the couple does not have a prenuptial agreement are true, then there is a lot of reason to speculate. In many states, including the state of Michigan and Washington State, where the Bezos’ live, regardless of whose name is associated with the property, all assets and liabilities accumulated during the marriage are subject to division. Jeff Bezos started Amazon just one year after his marriage to MacKenzie.

What will this mean for Amazon?

If the Bezos resolve their divorce by agreement to split Jeff’s 16.3% stake in Amazon equally with MacKenzie, then it could certainly mean changes in the direction of the company, as it would give MacKenzie a significant opportunity to influence shareholder votes.

Many news outlets have speculated that MacKenzie will demand liquidation of the fortune to take her share of the $137 billion, which would require Bezos to sell or pledge shares of the company. However, liquidation is not a requirement in a divorce proceeding, and there are numerous options for how MacKenzie could receive her part of the pie.

How much will she get?

There is no guarantee that MacKenzie will receive a sum certain of property. That is because domestic relations courts are courts of equity, not courts of equality. Thus, if a judge were to decide what MacKenzie would be entitled to, it might be strictly half of Jeff’s net worth, or it could be more, it could be less. Equitable is not always necessarily equal.

Furthermore, there is no requirement that MacKenzie demands an equal stake in Amazon. In any divorce, either party can agree to any disposition of property, even if unequal. There is always a possibility that MacKenzie will choose to take less value from Amazon, in exchange for other assets that she may prefer, or else, she could choose to receive her assets in the form of support on an ongoing basis, as opposed to straight out.

Speaking of spousal support, a lot of people may be wondering what type of alimony check MacKenzie can expect.  I doubt she will end up receiving any alimony, particularly if she does receive shares of Amazon in the split. That is because, conceivably, no one needs additional funds to support themselves if they receive over $60 billion in assets. However, I could foresee an agreement where MacKenzie agrees to allow Jeff to maintain his majority shares in Amazon, if she gets a share of his profits on an annual basis, in perpetuity.

Property division and alimony are separate and distinct – but they do tie together. If you’ve got enough assets that you and your spouse could both live on the earned interest from the profits alone, even splitting those assets in half, for example, then you may not be eligible for alimony in the State of Michigan. Although I’m not an expert in Washington’s domestic relations law, I suspect the same arguments would apply there.

Will she get more because he (allegedly) cheated?

Less than two days after the couple announced their split, incriminating texts allegedly sent from Jeff to another woman hit the internet. Ultimately, though, his transgressions are unlikely to make a difference. That is true for most people – regardless of wealth – but again, it depends. While Michigan courts can consider fault in a divorce to determine how to split property and or how much spousal support to award, it is just one of 14 factors to be considered.

How is it fair that she could get half of the business he built?

I hear this a lot from business owners when they are getting divorced – how is it fair that my spouse will get a share in this business when I’m the one that built it from the ground up? The reason for that, in Michigan law, is because the Court recognizes the marital efforts of both spouses in the accumulation of the marital assets and marital debts. Thus, if your spouse stayed at home with your children and cooked and cleaned for you so that you could work 70-hour weeks growing your business, then your spouse’s efforts are what enabled you to grow that business. And as such, the spouse will be eligible for a share of the business.

This is not always the case, however, and every married couple (and business!) have unique facts that can change the question of whether it is equitable for the spouse not working in the business to share in its ownership post-divorce. Again, the question is equity, not equality.

In the case of MacKenzie, however, there is no doubt that her marital efforts supported Jeff in growing Amazon. MacKenzie is frequently cited as Amazon’s second employee. Lore has it that MacKenzie drove across the country while Jeff worked on his laptop on his business plan when the couple moved from New York to Seattle. Further, Amazon, like many other massive tech-startups, first operated out of the Bezos’ garage. Apparently, the servers in that garage used so much power that the Bezos’ could not run small appliances in their house without risking blowing a fuse. If not being able to run your dishwasher for the sake of the business is not marital efforts, then I don’t know what is!

Boy, I’m Sure He Wishes He Had a Prenuptial Agreement!

Well, maybe Jeff wishes that he had one. But there’s no guarantee that under these circumstances a prenuptial agreement even would have protected Amazon. As an initial matter, the business was created during the marriage. It is uniquely difficult to outline potential future property in a prenuptial agreement and protect it as your own if a divorce were to occur.

Furthermore, a Court can, in some circumstances, invade the assets defined as separate in a prenuptial agreement in many states. In Michigan, for example, a prenuptial agreement can be set aside if the Court believes its unfairness shocks the conscience, or if it determines that there is not enough marital property for the non-owner spouse to have an equitable post-divorce result.

Ultimately, a prenuptial agreement is a fantastic tool for people that are business owners or have amassed wealth before they marry. On the flip side, it can help protect you if your spouse had substantial debts at the time of the marriage. It can also help protect the value of your professional degree if you plan to earn one during the marriage. While Michigan has no hard and fast rule that it recognizes the value of a professional degree as an asset for divorce purposes, many states do, and this is an evolving area of law.

At a minimum, a prenuptial agreement creates a “snapshot” of what the circumstances were at the time of the marriage for both parties. It can also when drafted correctly, help you protect those assets that are most important to you – such as a family business.