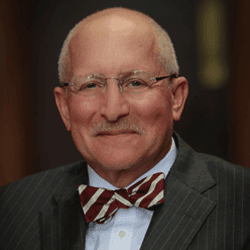 In response to a tip, police searched the kid's home and found guns and items necessary to make Molotov cocktails. During the interview, Levine said with all the attention on recent school shootings, that any teen who makes a claim of threat against a school should understand the consequences.

“On the heels of what happened in Florida and the heels of the nationwide student protest against firearms, it would seem to me to be clear at this time that these threats are not going to be tolerated,” said Levine.  “They must be taken seriously. And in this Paw Paw situation, thank goodness that the family was willing to help law enforcement because it could have been a credible threat.”

Lanphear asked Levine what happens legally when a kid is caught up in something like?

Levine noted that “Normally crimes involving a juvenile are handled in the juvenile court system where the goal is entirely to rehabilitate and to try and get a juvenile’s behavior corrected, but in a situation like this, an option for the prosecuting attorney could be to treat the juvenile as an adult. In an adult system, the focus is on punishment and confinement. When guns are involved and in this climate when terrorist threats were made, I would not be surprised if the Van Buren County prosecutor petitions a waiver into the adult system for this juvenile.”