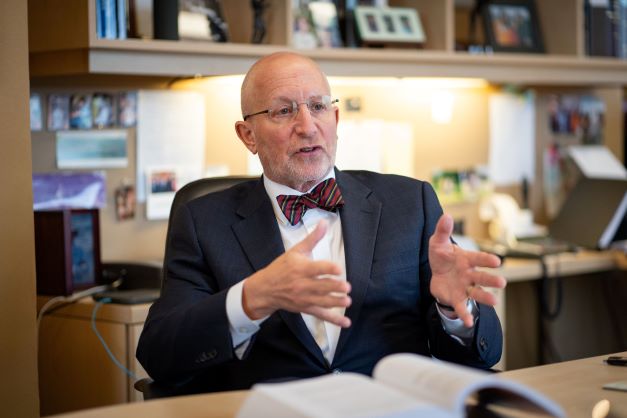 Judge Kelly’s dismissal was based upon the reasoning advanced by the Michigan Supreme Court that a one-man grand jury lacks the authority to issue indictments. As a result of that decision, the indictments issued against six defendants are "invalid" and the charging process "void," Kelly wrote in her judgement.

Baird, who served as the transformation manager under Snyder, was singled out as the cause of the water crisis, but now, he’s been vindicated, Levine told WNEM.

“My client is ecstatic. He hopes that it is over,” Levine said in his interview with WNEM. “Mr. Baird grew up in Flint. He worked tirelessly for the citizens of Flint when he was with the Snyder Administration.”

Levine understands that Flint residents are upset, angered, and disappointed with the failures of government at virtually all levels that resulted in their water being poisoned.

“But to prosecute innocent people in order to mollify legitimate concerns is not what we do in this country,” Levine told WNEM.

Levine issued the following statement after the dismissal:

“This has been a long haul,” said Levine. “From the start, we objected to the use of the one-man grand jury. The government deliberately chose to use this archaic statute in order to proceed against Mr. Baird in secrecy, hoping to deny him a right to preliminary examination. The defense attorneys worked tirelessly and were able to bring the matter before the Michigan Supreme Court, which found these indictments were invalid as the one man grand jury acted without authority to issue them. The government sought to have Judge Kelly simply remand the case to start anew, after the MSC ruling, but were unsuccessful.

“Today, Judge Kelly followed the dictates of the high court when she ordered that the Flint Water cases be DISMISSED.”

In September, Levine and Defense Attorney Anastase Markou filed a motion in Genesee County Circuit Court asking that the court dismiss Baird’s case with prejudice because the Michigan Supreme Court has “unanimously and unequivocally held that the judge who presided over the judicial inquiry that produced the indictment in this case did not have the authority to issue the indictment against Mr. Baird or anyone else.”

“Therefore, the government's request to remand is not legally valid and must be denied. Instead, this Honorable Court must dismiss this case.