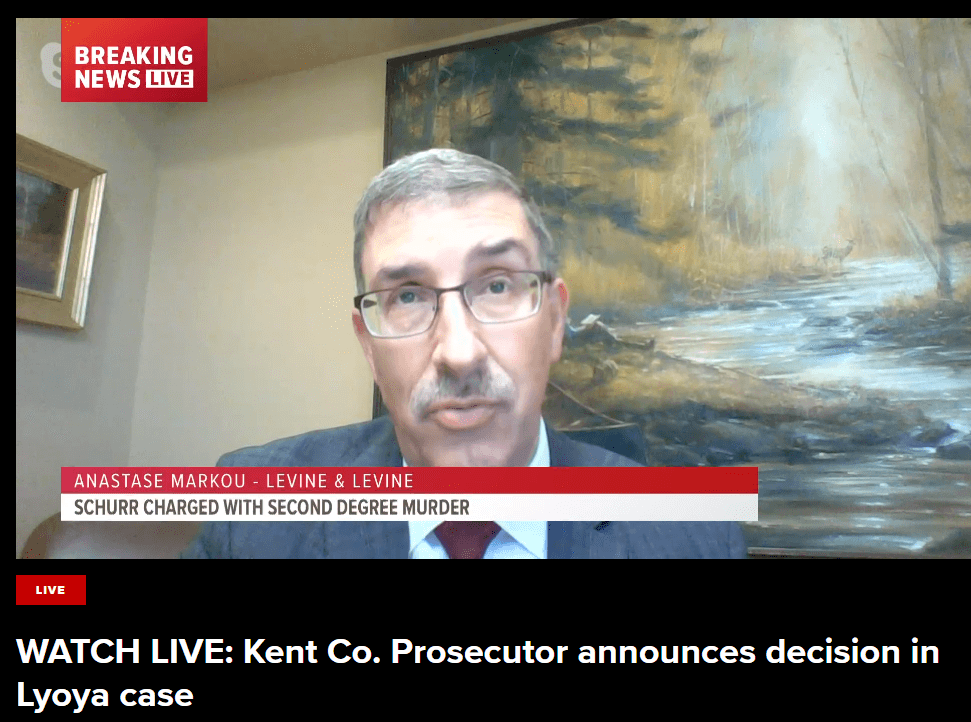 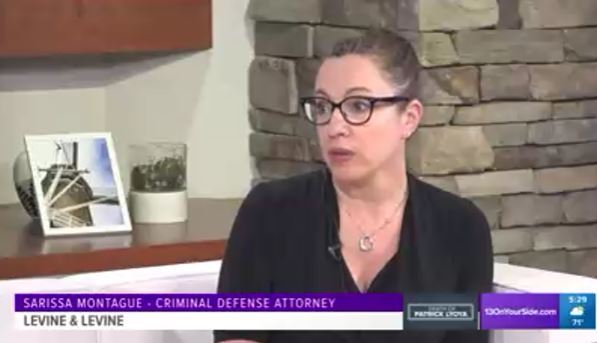 “I’m not surprised that there was a second-degree murder charge,” Markou said during his live interview with WZZM 13. “Reviewing the video myself and seeing what happened that’s at least depicted on the video, there’s at least sufficient evidence for a prosecutor to charge a second-degree murder charge – even if it was a police officer and a person on the street. The question then becomes at this point forward, what are going to be the available defenses for the person who is going to be charged and how the case is going to proceed after that.”

Montague, who has experience defending police officers in criminal matters, agreed with the prosecutor’s decision in a second-degree murder charge in this particular case.

Video footage released by GRPD shows that, on April 4, Schurr pulled Lyoya over and Lyoya ran away. There was a struggle that included Lyoya grabbing Schurr’s Taser. Schurr, who was on top of Lyoya trying to hold him down, shot Lyoya in the back of the head.

Markou and Montague both believe there is a possibility the defense could argue the lesser charge of manslaughter in this case.

“If the person is in the heat of passion or has been under extreme emotional state and they react within that state, if the jury finds something like that – that would be a voluntary manslaughter, which is a lesser offense,” Markou explained. “Given the intensity of the situation, I think that is going to be one of the defenses raised – that this is not a second degree murder case, but more of a voluntary manslaughter case.”

“I absolutely think that the defense will go for the lesser charge of manslaughter based on the fact that manslaughter requires an emotional state of mind, while second degree murder requires an intent – they’re different,” explained Montague. “With a manslaughter charge, you would have to prove that the police officer was emotionally wound up, that he made a decision in an emotional state – it was an impulsive decision, it wasn’t a well thought out decision. Will a jury go for it? Maybe, maybe not. But I think it would definitely be a strategy that the defense will take.”

Montague said the videos in question from the day of the incident will play a major role in the case.

“For the prosecutor, you have the crime that took place and it is on video for everyone to see – there’s not going to be any speculation, there’s not going to be anyone trying to figure out what might have happened,” she said. “People are going to see that is what happened. From the defense perspective, you can always take some information and try to present it in a different way – and that’s going to apply in this case, just as it does in every other case. Just because it might look one way, there could be a secondary explanation for why something could have happened, and that’s going to be what the defense does.”

Markou explained the case will likely raise questions about how or why the police officer’s video stopped for a few seconds during the incident.

“One of the key aspects is going to be the intent element and whether or not this person intended to kill and to the extent there’s proof, circumstantial or otherwise that the officer did what he could to prevent recording of what he was going to do – that could go a long way in prosecuting this case,” Markou told WZZM 13 during this interview. “The defense side of it is, there’s going to be difficulty in the prosecutor’s case to prove that any stoppage of the video was intentional. That’s really where the fight is going to be regarding the video itself.

“What I expect the prosecuting attorney has done and what it sounds like they did, is they did a download of past recordings from that exact same body camera device to determine whether or not this is a regular practice of the officer to turn off his body camera or whether or not it was functioning the way it was supposed to be functioning the last 10-15 days. If there’s glitches in the body camera that there have been evidenced in the last 10-15 days, that could aid the defense. I’m guessing that’s part of what the prosecuting attorney was doing – was shore up to the best they could how solid the evidence was in the prosecutor’s point of view that this was an intentional and deliberate effort to stop the body camera from recording.”