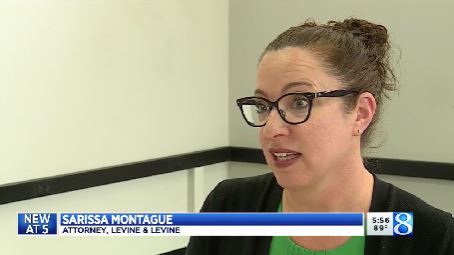 Earlier this week, Comstock Township enforced a burn ban prohibiting the use of consumer fireworks, according to Section III of their fireworks ordinance. Township officials said it was the recommendation of the Department of Natural Resources, which still has the area under at least a high fire danger rating as of Thursday, June 30, according to WOOD TV8.

However, the Michigan Fireworks Safety Act, a state law passed in 2011, states a local government like Comstock Township’s “shall not regulate the ignition, discharge, or use of consumer fireworks” after 11 a.m. during five different times out of the year, including June 29 through July 4 until 11:45 p.m. and on July 5 if it falls on a Friday or Saturday. Comstock Township is still going to enforce their burn ban, which includes fireworks.

“To me, I do believe Comstock tried to address that. But still, if you have a state law that specifically says that fireworks may not be prohibited during a particular time frame, then a local ordinance cannot supersede that,” Montague said in an interview with WOOD TV8. “The local governments are required to … follow that unless they can come up with a justification about why they shouldn’t have (to).”

One possibility surrounds the fact there is no language in the Michigan Fireworks Safety Act that addresses expressed fire dangers during drought conditions, WOOD TV 8 reported. In July 2012, about a year after the act was passed, pyrotechnics and abnormally dry conditions at the time were believed to cause a Kentwood church to catch fire. Montague explained that similar conditions today could pose a change to the law that may help townships, cities and counties to be proactive.

“Maybe there should be an exception in the law, in state law, to allow local governments to take action and to prohibit certain acts if they feel that there’s a real danger to their citizens,” Montague told WOOD TV8. “That does make sense. It is something that certainly could be brought up.”

Just like any state law, Montague said that the Fireworks Safety Act can be readdressed by lawmakers. In this case, it can be done through local drought conditions, burn bans or DNR fire danger ratings.