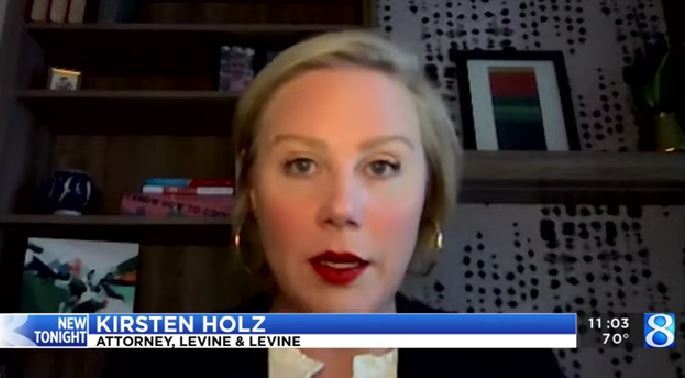 A Grand Rapids ordinance established in 2019 states housing, employment and public services cannot discriminate based on sex, gender, sexual orientation and age. Holz explained that The Broadway Avenue Wedding and Event Venue is part of the public services group.

“They are a public business,” Holz said during her interview with WOOD TV8. “They’re privately owned, but they hold themselves out to the public and provide public services. Wherever you’re paying taxes and you have held yourself out as a business open to the public, you are subject to the laws within that area. A city ordinance is just a fancy way of saying it’s a law.”

After receiving several complaints, the city of Grand Rapids is now investigating whether the venue owners are violating a human rights ordinance by refusing to hold LGBTQIA+ marriages. The city has 90 days after receiving a complaint to determine if the venue violated the ordinance, according to WOOD TV8. If the city attorney prosecutes the venue owners for a civil infraction, they would face fines.

“They can refer it to state and federal authorities, they can investigate it themselves, and they can refer it to mediation or even have a trial,” Holz said in her interview. “Every day that there’s a violation, there’s a $500 fine. Beyond that, the city ordinance is really silent on what additional penalties a violator could face.”

Owners of The Broadway Avenue would have the right to appeal the fine on grounds the city ordinance is unconstitutional, according to Holz.

“They would appeal … to the Circuit Court, which is the big courthouse in downtown Grand Rapids,” she told WOOD TV8. “From there, they can go to the Michigan Court of Appeals, and then on to the Michigan Supreme Court.”

Holz predicts that such a lawsuit would fail. She said the human rights ordinance does provide some exceptions for religious groups.

“If they were affiliated with a specific church and operated as a branch of that church, they may have more success. But they’re not,” Holz said in her interview. “They’re holding themselves out as being open, in fact, to other faiths.”

While many have taken to social media to say the venue owners have the right to deny service as a private business, Holz says that's not true.

“The fact that they are a privately-owned business means nothing,” Holz told WZZM 13, noting religious beliefs are not a protected reason for discrimination as some have claimed. “It is clearly in violation of the Grand Rapids municipal civil city ordinance. … They are saying on one hand, we're not going to allow LGBTQIA couples to get married here, but we would allow people who had been previously divorced or had children out of wedlock. They're very clearly tailoring their policy to discriminate against one specific class.”

In an interview with FOX 17, Holz explained the Grand Rapids ordinance stands on its own, and is a local law just like others in the city.

“If you are going to operate within the city of Grand Rapids, you have to abide by all of the city ordinances,” Holz told FOX 17. “It’s just a local law. One of them is having a dog on a leash and when you walk your dog, you have to abide by that. You don’t get to decide that you don’t have your dog on a leash because your dog is really well trained or you don’t believe in that.”