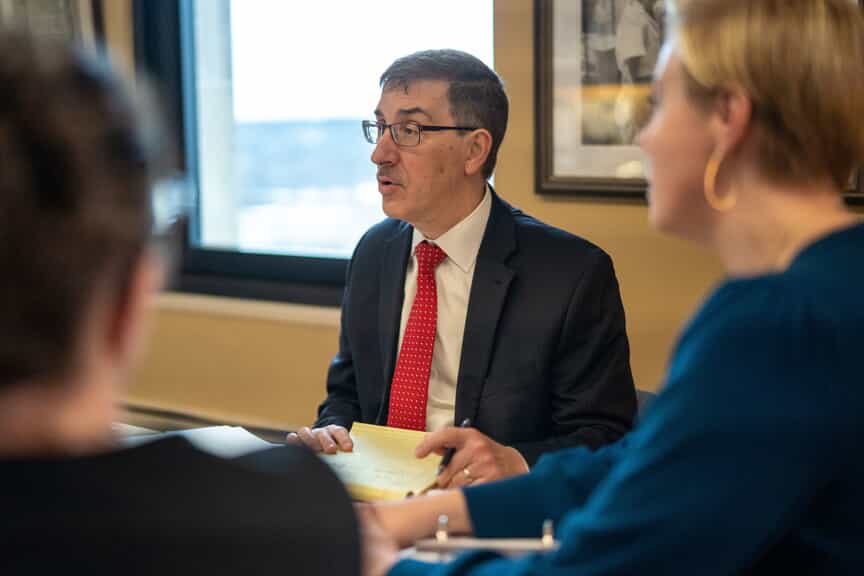 Earlier this week, Criminal Defense Attorney Anastase Markou argued in court that the criminal case against his client, Richard Baird, a former top advisor to ex-Gov. Rick Snyder, should be dismissed.

Baird is charged with perjury, extortion, obstruction of justice, and felony misconduct in office in relation to the Flint water crisis.

On Tuesday, April 12, Markou, and other lawyers representing those charged with Flint water crisis crimes, asked Genesee Circuit Judge Elizabeth A. Kelly to dismiss the case against his client, saying the term of the grand juror -- Genesee Circuit Judge David J. Newblatt -- had expired when the indictments were issued more than a year ago, according to a MLive article.

Markou told Kelly that Flint water prosecutors from the state Attorney General’s Office were too slow in presenting evidence to Newblatt, causing him to issue indictments after his six-month term had expired. Newblatt did not have the authority to extend his own term by an additional six months before the water crisis indictments were filed in January 2021, Markou said.

Markou also said Baird should not have been charged in Genesee County because at least one of the crimes he’s charged with allegedly occurred during a deposition in Wayne County.

Kelly took Markou’s motion to dismiss under advisement, according to MLive.

Assistant Attorney General Chris Kessel called the grand jury process used in Flint lawful and legitimate and said the venue is proper here because Baird’s “acts of lying in Wayne County were meant to have an impact in Genesee County.”

Grand juries are rarely utilized in Michigan but can come into play in sensitive cases when witnesses are reluctant to testify or when evidence could unfairly taint a later trial due to a high level of public scrutiny, according to MLive.

The use of a one-person grand jury is especially rare, attorneys involved in the criminal cases have said, MLive reported.

In March, the Michigan Supreme Court agreed to consider whether it should take up arguments about the same grand jury process that produced indictments against Snyder, Baird and seven other former government officials for crimes related to the water crisis, according to MLive. The state Supreme Court is scheduled to hear those arguments next month.