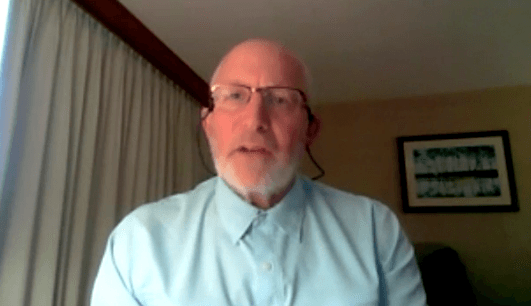 “It's a crime of secrecy, and it involves coming into possession of funds when you have a position of trust,” said Randall Levine, who specializes in defending white-collar crimes and is managing partner at Levine & Levine, during a Nov. 29 interview with WZZM 13 about Grand Haven Area Public Schools’ former assistant superintendent who stands accused of reportedly embezzling nearly $1 million over several years.

Brian Wheeler, a 20-year veteran of the Grand Haven Area Public Schools, is accused of embezzling $900,000 from the school district. He was fired after a weekslong investigation by the Grand Haven Department of Public Safety. Wheeler was arrested on Nov. 24 after evading police overnight.

“What we know is that over a period of time, this person was, through the use of a corporation that he created, diverting funds that did not belong to him, and taking them for his own use,” Levine told WZZM 13.

According to court documents obtained by WZZM, Wheeler used a computer at work to create false invoices for a company called “Infinity Electric” for amounts around $7,000. Investigation shows the company did not exist. Wheeler would turn in the invoices to a woman who worked in accounts payable, who issued him checks. Wheeler then put the money into his own account, which he would later transfer via a cash app, reported GHDPS Det. Dana Beekman, WZZM reported.

“Embezzlers, in general, can be very cunning about how they misappropriate funds,” said Levine. “And oftentimes because there's a relationship of trust that's developed over years, no one really is motivated to dive into the inner machinations of what they're doing.”

Police started looking into this when the district realized some of the money from a bond set aside for the technology department went missing, according to WZZM. Court documents show the alleged embezzlement began in 2014 and is believed to have taken around $900,000.

“The amount of money alleged to have been taken here would put the crime in the most severe category of embezzlement,” Levine said during his interview with WZZM. According to the Michigan legislature, if Wheeler is convicted, he could face up to 20 years in prison and significant fines.

Two days prior to his arrest, Wheeler's wife said she was aware of the embezzlement. WZZM asked Levine if she could also be charged: “It's probably not enough. Knowledge in and of itself, without any action is probably not enough. “And so even though she may have been a beneficiary, if she wasn't involved in doing something actively, she is unlikely to be charged.”

Levine also added that the school district, at this point, bears no responsibility in terms of criminal liability. However, a civil lawsuit could potentially be filed against the school district if a plaintiff could prove that there was negligence in letting this go on as long as it did, according to WZZM.

GHAPS Superintendent Andrew Ingall issued a statement about the situation to WZZM on Monday:

"Grand Haven Area Public Schools contracts with professional accounting firms to conduct annual audits. None of their findings revealed irregularities. In light of our recent discovery, we are in the process of hiring an independent forensic auditor to fully investigate the situation. Should shortcomings in our processes be discovered, we will immediately make adjustments based on their recommendations."

Wheeler is the only person currently accused in the case. He is in custody on a $150,000 bond.

“He is innocent until proven guilty,” said Levine. “But we would hope in a civilized society, that somebody who was a school official, who was motivated to help children, would think better about depriving those children from funds, which would further their education."