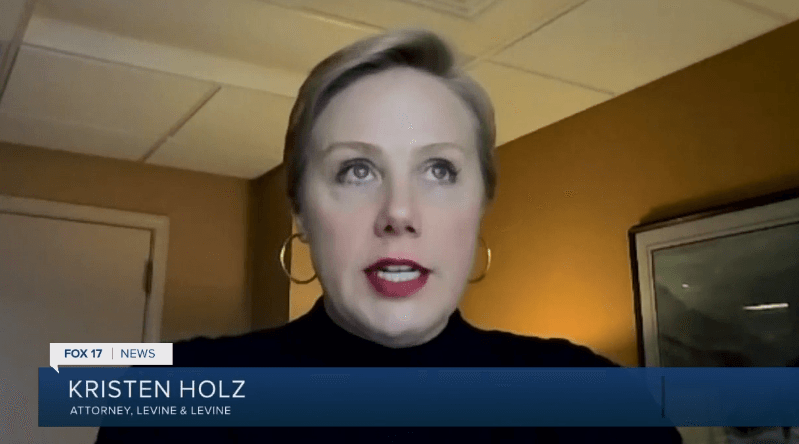 The Michigan Supreme Court is reviewing a case stemming from two lawsuits filed against the Grand Rapids Police Department and several of its officers on whether or not the practice of photographing and fingerprinting an individual during contact with the police when they are not carrying identification and no probable cause exists violates a person’s 4th Amendment rights.

As the Supreme Court heard arguments earlier this month, Levine & Levine Criminal Defense Attorney Kirsten Holz said to FOX 17: “The 4th Amendment protects all of us from unreasonable searches and seizures, and most people are familiar with that, in the context of their homes,” Holz told FOX 17 during her interview. “A lot of people don't realize that the 4th Amendment also protects us with regard to the technology we use, and with regard to our bodies.”

The two incidents resulting in the lawsuits that brought the case to the state Supreme Court occurred in 2011 and 2012.

In 2011, a GRPD officer stopped a 15-year-old boy who the officer claimed was looking into vehicles at an athletic club on the city's southeast side, according to FOX 17. A year later, GRPD Capt. VanderKooi stopped a 16-year-old boy who he said had passed off a toy train engine to another boy. VanderKooi later wrote that the exchange seemed suspicious, and that is why he made contact with the boy.

In both incidents, the boys were photographed and fingerprinted because they were not carrying identification.

GRPD's policies and procedures allow officers to do so, even when there is no probable cause to suspect the individual has recently been involved in criminal activity, when they are not carrying state-issued ID, FOX 17 reported.

Families of both boys ended up filing lawsuits against the police department, saying the interactions violated their rights.

A lower court previously heard the lawsuits and ruled in favor of the police department, but they were appealed, sent to Michigan's Court of Appeals, and are now in front of Michigan's State Supreme Court. No final decisions have been made by the Supreme Court, but when they do issue an opinion on this in the coming months, legal experts say the implications could be far reaching.

If the court finds that GRPD's policy of photographing and fingerprinting individuals without an ID goes against the 4th Amendment, they would theoretically not be able to collect evidence in that manner going forward, according to FOX 17.

“Many people think that these types of issues only apply to criminals, or people that are arrested, or people that get in trouble, and the reality is, it applies to every single one of us,” Holz said during her interview.

Dan Korobkin, legal director for ACLU Michigan, added: “The police were going around, taking people's fingerprints right on the side of the road, from people who weren't charged with any wrongdoing, and that's where we wanted to draw the line and say that is a violation of your right to privacy, and it's unconstitutional.