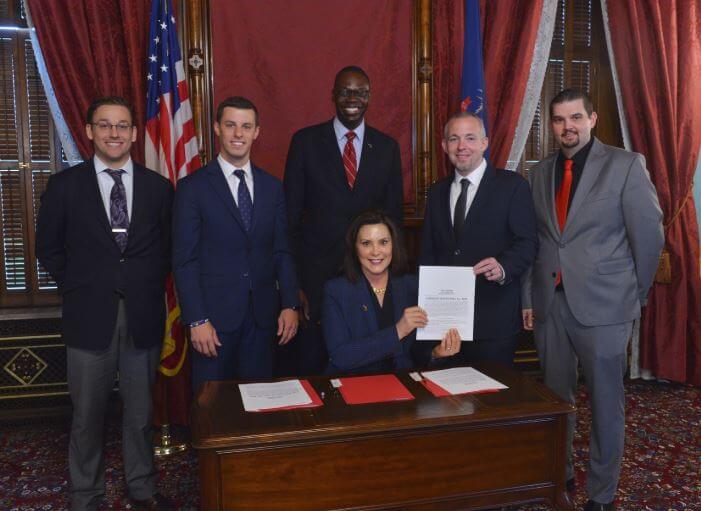 Michigan’s forfeiture law has changed for the better and it will now be more likely to curtail former police abuse. Gov. Gretchen Whitmer recently signed a piece of legislation that will have a dramatic impact on law enforcement’s ability to take your property.

Years ago, forfeiture laws were enacted in an effort by law enforcement to confiscate the assets of drug dealers. Unfortunately, the previous law allowed the police to grab property as soon as someone was arrested. Even though they enjoyed a constitutional presumption of innocence, their property was seized and they were required to post a bond in order to avoid administrative forfeiture. Moreover, the criminal case would often linger for several months or even years, and the forfeiture case would sit idle in abeyance while the value of property seized was diminished.

Ultimately, even those who were acquitted were forced to pay thousands of dollars to defend forfeiture claims.

There used to be a great incentive for the police to take away valuable electronics, cars, boats, and airplanes from people if drugs were involved. If the prosecutor was able to prove those items were either purchased with drug money or used to facilitate trafficking the proceeds would go to the police, allowing departments to finance expensive equipment and extravagant types of law enforcement tools. Police department coffers were swelling with money received by forfeitures. This kind of incentive continued to result in unjustified property seizures before a person was ever convicted of a crime or not convicted at all.

Now, all that has changed. The new law does not allow for the property to be seized until a person is convicted — unless the owner of the property does not make a claim or the defendant cannot be located and arrested. The new law was passed in recognition of the fact that it was a great injustice to seize personal assets of a person, presumed to be innocent before they received due process to determine their guilt or innocence.

The new forfeiture law is a great step forward for those accused of criminal activity.  It ensures they are given due process before the items they own are confiscated by the police.  The old draconian forfeiture law is now a relic of the past.