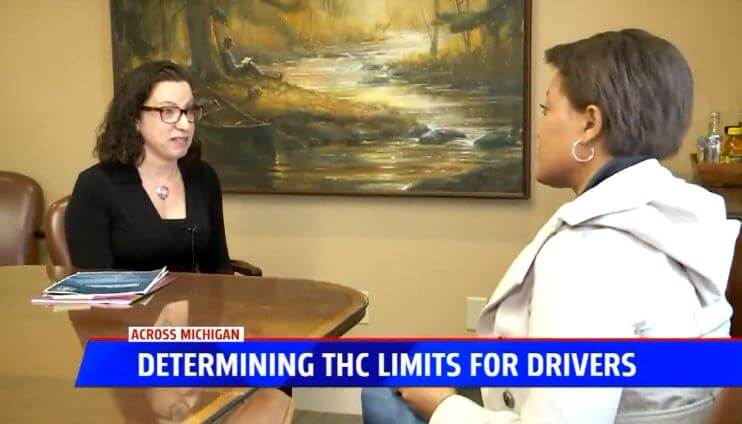 In 2016, the Impaired Driving Safety  Commission, along with Michigan State Police, looked into marijuana use and driving specifically to see if there’s a set limit that leads to impairment similar to the limit set in alcohol.

Fox 17 caught up with Levine & Levine criminal law attorney Sarissa Montague to discuss the findings of the commission’s 20-page report.

“Marijuana is a difficult substance,” Montague told Fox 17. “What the commission found is that there is not a direct correlation between the amount of THC that somebody has in their system and their ability to drive.”

Montague, who’s also an expert in marijuana law, commended the commission for looking into the information available and making a determination based on science to ultimately conclude that there is not a limit that applies to everyone.

“They didn’t simply rubberstamp what other states have done,” Montague said.

In other states, police departments are turning to Drug Recognition Enforcement Officers, or DREs, who undergo training to determine whether or not a motorist is on drugs and what types of drugs are in his’ or her’s body. In some cases, it’s led the wrongful arrests.

The commission report concluded that right now in Michigan it’s best to take each arrest and incident on a case-by-case basis.

“The question has to become is this particular person impaired and what are the signs of impairment such that law enforcement can do their job which is to keep our roads safe,” Montague said. “That’s what has to be figured out at this point and I believe it’s still a work in progress.”