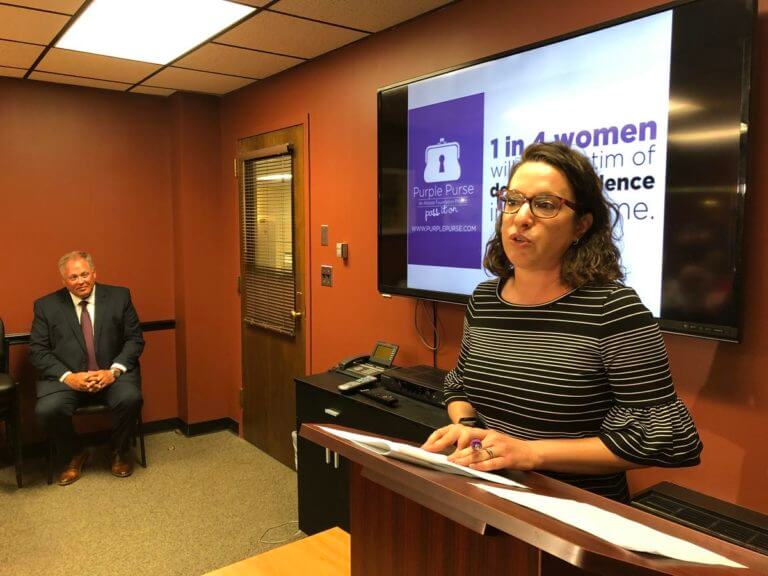 The Kalamazoo County Prosecutor’s office announced on Monday, July 15, that it plans to establish a Domestic Violence Trauma Court to help break the cycle of domestic abuse in the county.

In a news conference covered by MLive.com, WWMT Channel 3 and WMUK 102.1, Kalamazoo County Prosecutor Jeff Getting explained the Trauma Court would work with individuals who have witnessed or experienced violence in the past and are now abusing their partners.

The county expects to see close to 1,000 domestic violence cases this year — just as it does every year, according to MLive. But, after a series of fatal domestic violence incidents earlier this year, something needs to change, Getting said. The Domestic Violence Trauma Court would be similar to the county’s drug court and investigate why an estimated 300 perpetrators re-offend each year.

Levine & Levine Criminal Defense Attorney Sarissa Montague, who sits on the board of the newly formed Kalamazoo Defenders, which provides indigent criminal defense in Kalamazoo County, spoke during the news conference about why defense attorneys, such as herself, are in support of this new approach.

“As defense lawyers, our first responders, first and foremost, is to ensure that the rights of people accused of crimes are not violated. This is a responsibility that we take very seriously at Levine & Levine, and it is also a responsibility that is at the heart of the Kalamazoo Defender’s Office,” she said. “But in addition to protecting the constitutional rights of the accused, I believe that our job as defense lawyers is to do what we can to help our clients’ so their tomorrow is better than their yesterday.

“One of my goals, and a goal of the Kalamazoo Defenders’ office, is to keep people out of the criminal justice system,” Montague added. “We will help you if you find yourself caught up in the system, but we’re happier if you stay out of it.”

During the news conference, Montague explained why the current “one size fits all” approach has not stopped people from committing acts of violence against others. Those in the Kalamazoo community can spend hours discussing the seriousness of domestic violence and the need to fix it. But how?

“In the past, we have attempted to solve the domestic violence problem through punishment and through addressing issues related to anger management. Those two approaches, while impactful in some cases, are not impactful in all cases,” Montague said. “We know this because even after being punished and after attending anger management classes, some people are still committing acts of violence against others.

“So let’s be innovative, let’s be proactive, let’s try something else. If we can figure out what the problem is, we at least have the possibility of fixing it.”

The Domestic Violence Trauma Court is a novel solution to an old problem.

While plans and funding for the domestic violence court are still in the works, the Allstate Foundation has donated $10,000 to help the initiative.

“I am grateful to Allstate, and all of the different community members who are working towards creating this court,” Montague said. “If my clients’ tomorrows are better than their yesterdays, it means that their lives are better, the lives of their family and loved ones are better, and really, the entire Kalamazoo Community is better.

“We all come to the same problem from different perspectives, we all have different reasons why we want this to work, but ultimately we all have the same goal: To make Kalamazoo better for everybody who lives here. I look forward to the day that we can make this a reality.”