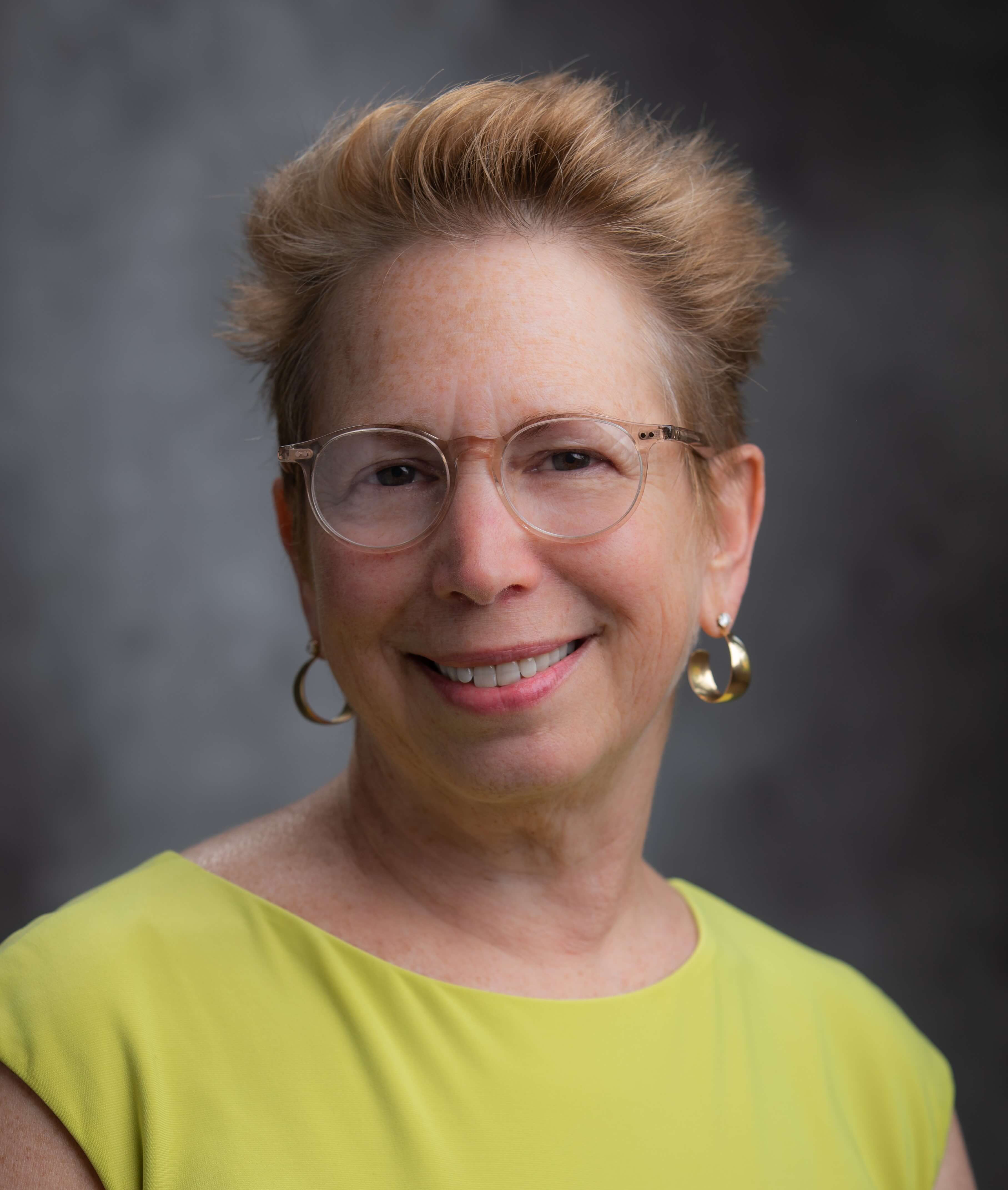 Drug and alcohol test results are often critical evidence offered by the prosecution in cases where the alleged violation of a criminal statute requires that the government prove intoxication or impairment.  Often times when an accident occurs, and the driver causes an injury or death the toxicology evidence is the most important evidence offered in the case.  Therefore, it is critical that drug testing be done using reliable science and methodology.

Many prosecutors insist upon obtaining blood draws by search warrant in serious cases; expressing a preference over breath and urine testing, which is subject to attack in several ways based on the inferiority of the science and the potential for human error in analysis.

Oral fluid testing is now being accepted in the scientific community as a reliable method for testing intoxication and impairment.  Oral fluid testing has the advantage of avoiding the cumbersome process of obtaining a search warrant and taking blood under supervised hospital conditions.

It is time that the criminal justice system abandons old methodology and examines oral fluid testing carefully to assess its ease of administration and reliability.  The use of oral fluid testing would benefit both the governmental interest in prosecuting persons whose impairment causes injury or death as well as the interest of the defense in ensuring that only reliable testing methods are utilized in all prosecutions for these offenses.

Since 1971, when Richard Nixon declared “the war on drugs,” testing a person’s drug levels have been largely measured through that person’s urine. But technology has come a long way since then, and testing saliva provides many benefits for ascertaining precise, less invasive results. Providing accurate results is essential in seeking truth and achieving justice – the core value of our nation’s criminal justice system.

The screen is the first and important test of a specimen, which is sent to the laboratory for initial analysis. In some instances, the specimen could be a roadside swab taken by a collection applicator in less than 10 minutes. The screen identifies what is in the donor’s bloodstream and acts as a “sieve,” sorting out what may or may not be present in the specimen before giving the reader an idea of what drug is impacting or may be impairing a person.

We consulted Charles M. Bontempo, a pharmacist, and toxicologist with 25 years of experience who has been involved in numerous studies dealing with substance absorption, distribution, metabolism, and excretion.

Bontempo explained, “Saliva glands are highly perfused with blood, therefore drugs can easily go into the oral fluid within minutes of entering the bloodstream if the drug is not plasma bound. Drugs leave the blood and enter oral fluid mainly by passive diffusion.”

The main issue with screens – whether or not they are performed instantly via urine or oral fluid – is that the screen can fool the analyst. For instance, the poppy seed bagel you ate this morning could result in a false positive for opiates; cold medicine and allergy medication can result in a positive test result for methamphetamine and amphetamines; sleep aids may show a positive result for barbiturates.

To confirm a screened specimen, another chemistry test is performed: liquid chromatography-tandem mass spectrometry (LC/MS/MS). Only then, will the examiner know if the opiate is a true opiate or just a poppy seed, or if the drug in your bloodstream is Sudafed or illegal methamphetamine?

Every sample testing positive during the screening process should be “confirmed” using the mass spectrometry – LCMSMS – or the result could be deemed unreliable. Relying on a false positive screen to violate a probationer or take custody of an individual’s child is unjust.

In addition to detecting the actual chemical compound in the bloodstream, the oral fluid confirmation on the mass spectrometer will detect active drug compounds at relatively low levels in the body. The parent or main drug consists of the psychoactive element – the part of the drug that impairs brain function. A well-calibrated spectrometer and a good scientist will be able to detect low levels of the drug in the bloodstream and be able to show a positive result.

“Urine is the least preferred specimen because the window of drug detection may exceed the window of drug impairment and the parent drug is not detected,” he said. “Whereas, blood and oral fluid specimens are preferable as both offer the possibility of documenting drug intake at the time it is collected.”

However, Dr. Harper warns that even if a positive result reveals the presence of the drug, mere presence does not correlate to impairment: “Detecting the drug does not mean that the person who consumed the drug is impaired.”

But, if the goal of the court, probation officer or caseworker is to determine that the probationer is still using a drug, which triggers a probation violation, or that a parent is still using drugs and could be showing signs of addiction – enough to remove their child from their home – then oral fluid testing is the best test available.  This result is equally as important as correcting a false positive of a screened specimen and provides the truth of the matter, advancing justice.

Some might argue that detections of drugs at such low levels create a “false positive” or that the confirmatory test result is faulty if the result shows a positive result. This is especially questioned if the donor has also given a negative urine specimen. Saliva tests can detect drugs within the first few hours. But, a urine test – by its very nature – cannot detect the drug until the body processes the drug. In addition, a drug may not be detected in urine because the actual drug compound is not measured in urine; it is the by-product compound, the metabolite, that is measured. Metabolites of drugs do not correspond with impairment levels evident in saliva or in blood. Therefore, urine specimens will show what was in the system at one time, since urine is waste eliminated from the body.

Further, blood tests and oral fluid tests can detect drug usage from one-to-four days after the drug was last used. However, according to Dr. Harper, “Drug usage is highly dependent on the cut-off levels used, and the window can be narrowed to 12-24 hours based on a higher cut-off level.”

As long as the oral cavity is not contaminated, Bontempo explained, “Since there is a high correlation of drug concentration between oral fluid and blood, and drugs enter the oral fluid rather quickly from the blood, and residual amounts of drug taken by the person are present in oral fluid, and the presence of the drug in the oral fluid can last from several hours to several days, testing oral fluid is an attractive and reliable alternative to testing and utilizing blood and urine in analyzing possible drug-induced behavior.”

Thus, assuming the chain of custody is accurately completed, and, knowing that the oral fluid sample cannot be adulterated, the results are reliable. In addition, if the laboratory has sufficiently advanced equipment, then the detection level is more refined than a urine test.

Collecting an oral fluid sample is simple and has benefits over collecting a urine sample. A sample may be obtained at the roadside, in an office, or any space. No special requirements, such as a bathroom, laboratory setting, or same-gender individual are required to observe the donor urinating. The sample is obtained by the donor holding the swab end of the stick in their mouth for a couple of minutes; this permits the swab to absorb the saliva.  Saliva testing differs from DNA testing; a DNA swab needs to scrape the inside of the donor’s cheek to collect cheek cells to analyze the donor’s DNA. The saliva is collected and then preserved in a test tube containing a buffer preservative solution. Once the tube is properly sealed and identified, the sample may be sent through the mail since saliva testing is not a biohazard requiring special handlings like urine and blood.

In the U.S. testing drug levels in urine was the gold standard. But this standard, like Humpty Dumpty, is set to be toppled by science and technology. Oral fluid drug testing is less invasive than urine testing, requires less labor cost, is more easily transported, swift to be analyzed, and less susceptible to tampering.

Understanding the science is essential to understanding the impact on how and when a person subject to the criminal justice system runs the risk of losing their freedom, or if children should remain in their home or should be removed, and most importantly, helping persons get help if they are subject to the criminal justice system. Just as DNA testing has freed many people improperly incarcerated, oral fluid drug testing has the capacity to free the right individuals and to protect those who need to be protected from a person misusing drugs. Correcting the misconceptions associated with oral fluid testing will go a long way toward fulfilling the purpose of our criminal justice system: upholding truth and justice.