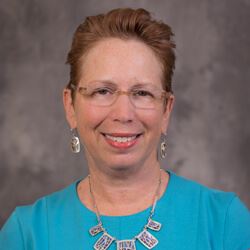 A national survey shows women's representation in law firms continues to lag. Law360’s 2018 Glass Ceiling Report revealed that 36 percent of all attorneys are women, and growth in representation remains at less than 1 percent at all attorney levels.

More than 300 law firms participated in the fifth edition of the survey, which also showed that women have made up more than 40 percent of law school students for more than three decades.

Women of color made up almost 20 percent of first-year law students in 2017, but the report showed that just 8 percent of private practice attorneys are women of color.

Despite their representation in law school, Sharan L. Levine of Levine & Levine in Kalamazoo said women frequently have to choose an alternate legal career outside of a firm to have a work-life balance.

“I think women need to choose other venues or arenas in order to make a family or to have some kind of a home life,” Levine said. “The ability to create unique work environments is a phrase that speaks to arranging for a more equal setting for women to rise, and that requires a unique approach to a workplace setting.”

The report also showed that more than 50 percent of women attorneys faced gender discrimination on the job, and nearly 33 percent reported having experienced sexual harassment.

“The other key point I think is going here is the age-old tension between men and women. There will be, we hope, more men who come to appreciate what women have to offer,” Levine said. “I think if someone wants to be a star in their law firm or in their specialty, something has to give. So long as merit and rising is based on those other prescriptions, then we’re going to continue to have these struggles.”

Julie A. Gafkay, immediate past president of the Women Lawyers Association of Michigan, said she has noticed some improvement for women in other segments of society over the past year.

“It appears there’s more support for women to run for political positions. Women who have been victimized in the workplace and other situations have been able to have a voice through the #MeToo movement, so I think those are positive things,” said Gafkay of Gafkay Law PLC in Frankenmuth. “From a Michigan level, I think that the WLAM has been building momentum.”

WLAM is celebrating its 100th year, and Gafkay said the anniversary is providing the group a chance to reflect and see what it can do better.

“I think there’s a lot of positive things that are happening. WLAM has always welcomed men into the organization, but we’re making more of an effort to welcome men and have men be part of the equation. I think equality benefits everyone, not just women,” Gafkay said.

“I think we have to value what women do outside of work more. I think that men traditionally have chosen to stay after hours, go to the golf course or out to dinner, and relationship building has always been important. That’s what WLAM offers, the opportunity to relationship-build to become more competitive and have those relationships throughout the state,” Gafkay said.

As a way to improve these statistics, Gafkay said greater transparency from law firms is necessary.

“Transparency can create a more even playing field for all. I think leadership has to want diversity and inclusion of women and minorities. I think the solution is for leadership in these law firms to say diversity and women are good things for our law firm, it’s a benefit to our clients and we’re going to start to try to figure out why we only have 12 percent female partners,” Gafkay said.