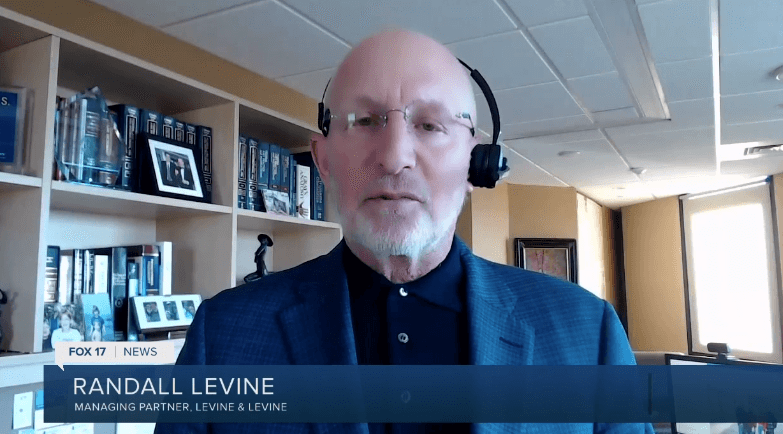 Levine & Levine Managing Partner Randall Levine weighed in on the new lawsuit filed in Michigan by the Trump Campaign with Fox 17, referring to it as a “spaghetti lawsuit.”

“This lawsuit is simply a rehash of baseless claims that have already been rejected by four courts. It’s in the most polite way, nonsense,” Levine told Fox 17. “It’s what we sometimes jokingly as lawyers refer to as a ‘spaghetti lawsuit.’ Let’s throw a bunch of spaghetti against the wall and see if it sticks. One of those strands of spaghetti thrown is the claim that the people couldn’t observe they were too far away yet, on the other hand, they were close enough to be able to observe irregularities.”

The Trump campaign filed the new lawsuit in the Western District of Michigan on Veterans Day, Nov. 11, asking to stop the certification of results until the election process can be reviewed. They claim irregularities and unlawful vote counting, in a state the president lost by nearly 150,000 votes. The president’s lawyers say Republican challengers were impeded in watching the processing and counting of ballots at the TCF Center in Detroit. They also claim some election officials altered the date some ballots were received.

Levine told Fox 17 nothing in the Trump campaign lawsuit points to widespread fraud or anything that could potentially overturn the results in Michigan.

“Let’s presume that somehow they could prove, which is a wild leap that 10% of those votes in the counties that he’s challenging are bad. He still wouldn’t get anywhere near to what he needs in order to overcome the election,” Levine said during his Fox 17 interview.